On september 13th I turned 40. Like, gag me with a spoon….I mean it could have been totally gnarly but with these RAD nails it was like totally awesome instead.

My philosophy is that 40 is the new 14 and since I was 14 in 1985 what better way to commemorate and celebrate than with some totally tubular 80′s inspired nail art.

In planning my 40th birthday party scouring the inter-webs (and my parent’s basement) for Trend Scratch n Sniff stickers, Rubik’s Cubes and some New Wave hairdo’s I happened upon an 80′s wonderland Corey (freaking) Tiger!!!! ZOMG!!!!
For those of you who were born before 1975 you will find yourself in a neon coated fantasy on Corey Tiger’s website. So I suggest you check it out ASAP.

In one click I was sent Back To the Future….dreaming of flux capacitors and black O-Ring bracelets..that reminds me; where the heck is my crimping iron?
The nails pretty much speak for themselves. Thanks to Ran (the most awesome-est nail artist around) my mani features lots of glitter, zebra prints and neon lips….you know, all the things a 40 going on 14 year old could ask for…. 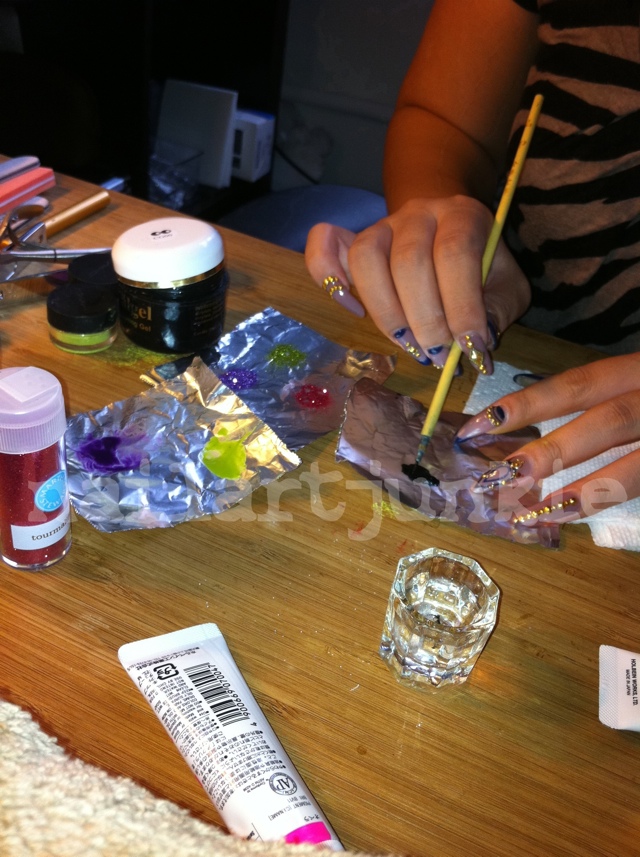 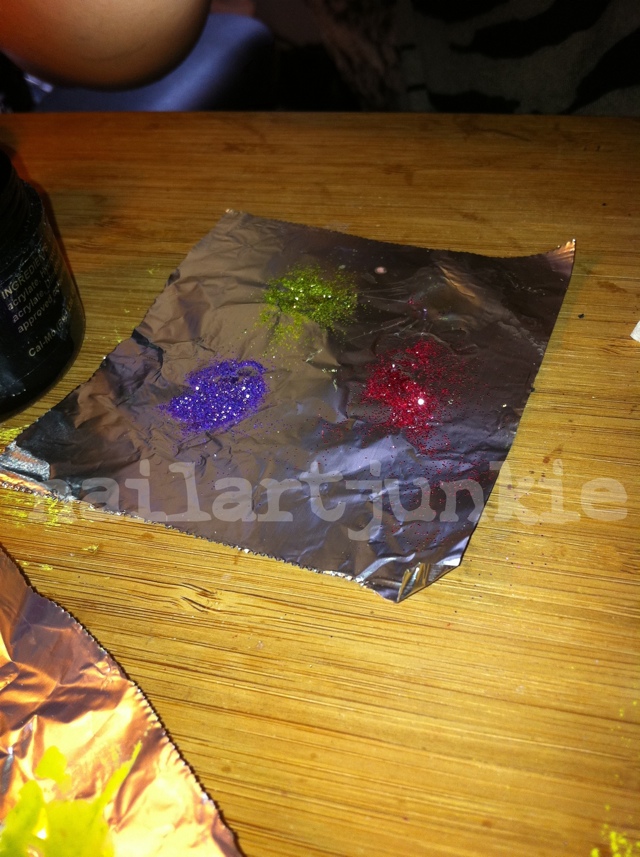 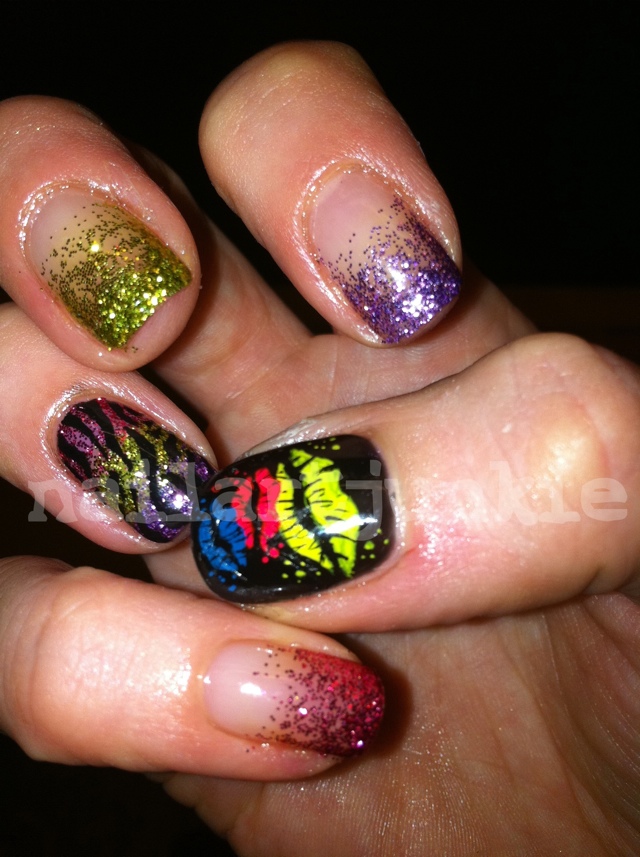 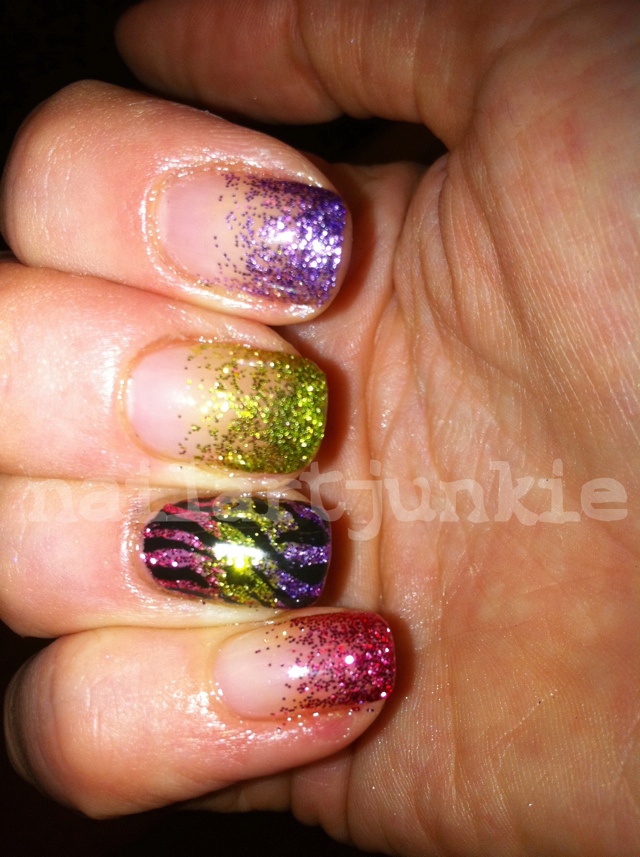 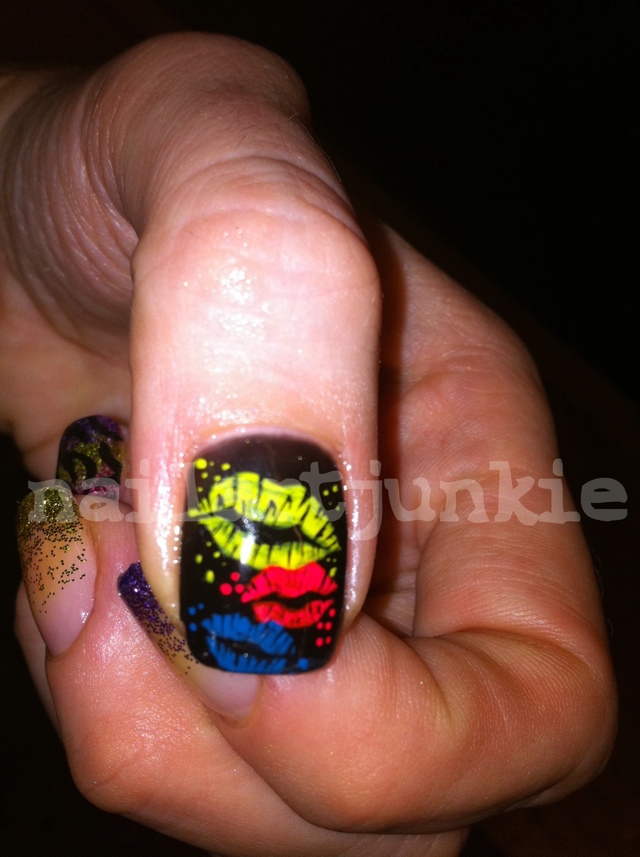